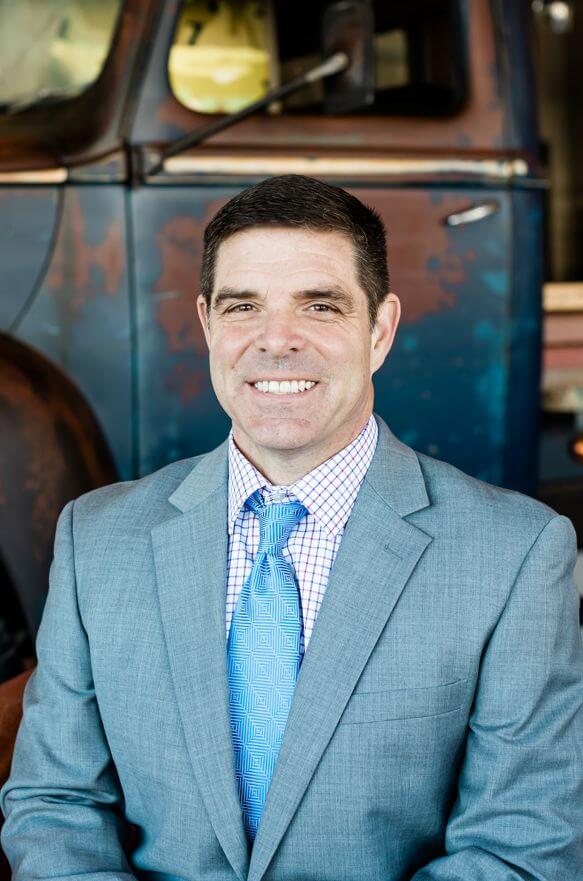 My wife Ronda and I knew with certainty while living an adventurous time in south central Kansas, that we wanted to return to the sunny side of Washington State.

Plus, my twin sister and I would talk about moving near each other someday and Chelan was our premium destination.

During our planned five year venture in Kansas, our realtor found lakeside property in Manson WA, and we jumped at the opportunity.

Chelan County has quickly become our home. The kindness of many, the wealth of activities, and a diverse cultural community has been a blessing. The Chamber of Commerce offers me the opportunity to serve the community that has welcomed my wife and I.

Favorite Quote: "If you follow the herd, people may mistake you for a cow." - Author Uknown 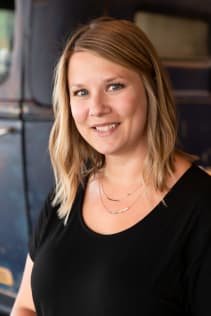 Born and raised right here in the Wenachee Valley Chelsea is pretty young to have such an impressive resume. Chelsea started her career at Sangster Motors as the Customer Service Manager and five short years later landed at Weinstein Beverage as the Marketing Assistant. As you can imagine her community roots run deep, add to that her volunteer work with the Washington State Apple Blossom Festival and Festival of Trees and you have the makings of a “true local”. Chelsea chose to stay right here in the Valley with her husband Chris (whom she met in ninth grade) to raise their two daughters. Her hobbies include golf, camping, and wine tasting. Joining the team at the Chamber had a lot to do with her strong sense of community service and a passion for being a part of the future of Wenatchee.

Favorite Apple: One of the best things to happen in the world of apples here is the Sweet Tango, just ask her. 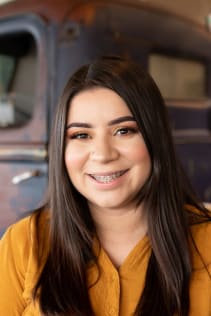 Rosa has such a friendly demeanor and can-do attitude combined with her passion for our community has quickly made herself an invaluable team member. Her tireless desire to learn more about the Chamber, the businesses it serves and the challenges businesses face made her the perfect fit to be our lead on the Hispanic Business Council. Rosa grew up here in Wenatchee and has a heart for this community, she has a Bachelor's in Communications with an emphasis in Public Relations. Rosa's family includes a daughter, and a few loving American Bully dogs.

Favorite Quote: "It’s not the honors and the prizes and the fancy outsides of life which ultimately nourish our souls. It’s the knowing that we can be trusted, that we never have to fear the truth, that the bedrock of our very being is good stuff.” - Fred Rogers 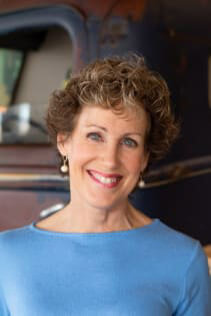 Jan Lutz grew up in the suburbs of Chicago, but during her high school years, her family moved to Lake Oswego OR, and Olympia WA. She grew to love the Pacific Northwest, but she went to Northern Illinois University. As she was leaving NIU, she met her husband from WSU in a student advertising competition, fell in love with him, and later moved to Wenatchee. She is the mother of 3 sons, and is a proud Coug mom and wife. When she is not rooting for the WSU Cougars, she is cheering on her beloved Chicago Cubs!  And when she's not doing either of those things, she is traveling the world, skiing, biking, or hiking with her Aussie Shepherd dogs, Kona and Kiku. She is a die hard Cubs fan and can be heard repeatedly yelling, "go Cougs!"

She loves wine and is super proud of the local wineries.   Previously, she was the Executive Director of a non-profit to promote wine tourism for NCW, Wenatchee Wine Country. She was proud to have helped bring back fireworks to the Wenatchee Valley for the last several years, because "what's the 4th of July without fireworks?"

Favorite Apple:  Kanzi or Kiku, or anything in an apple dessert.

Favorite Quote:  "Someday I won't be able to do this, but today is NOT that day!" - Author Unknown 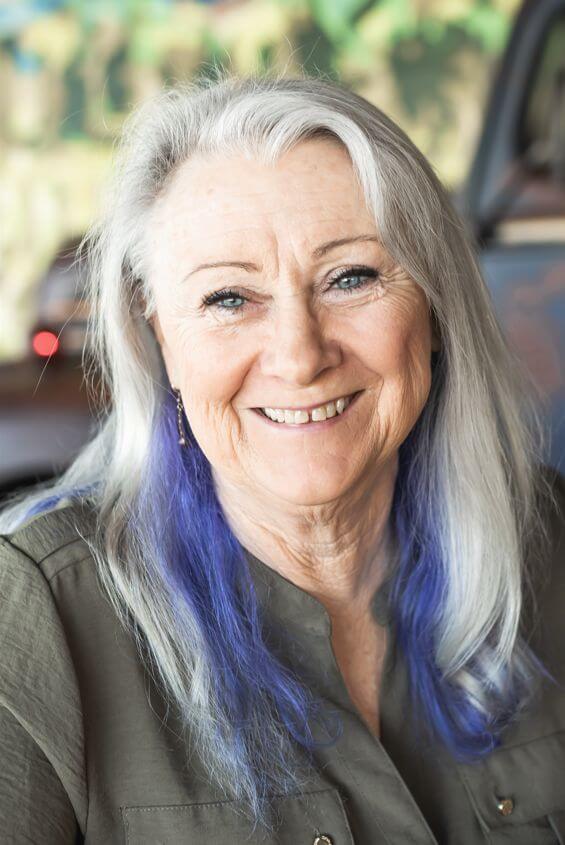 Linda grew up in Sacramento, CA and moved to Wenatchee with her husband and two children in 1990.  She has been a bookkeeper for let’s just say a whole lot of years.  She is a part-time bookkeeper for four different businesses around town and loves the variety.  Her goal at work is to make everyone’s job easier by doing her job well.  She has volunteered for several non-profits and likes to lend a helping hand wherever needed.  The love of camping, fishing, gardening, softball, and just being outdoors makes living here the best.  She is a dog lover, living with four of them and a cat.

Her favorite sports team is the Cowboys.

"Go ahead, make my day" - Dirty Harry via Clint Eastwood 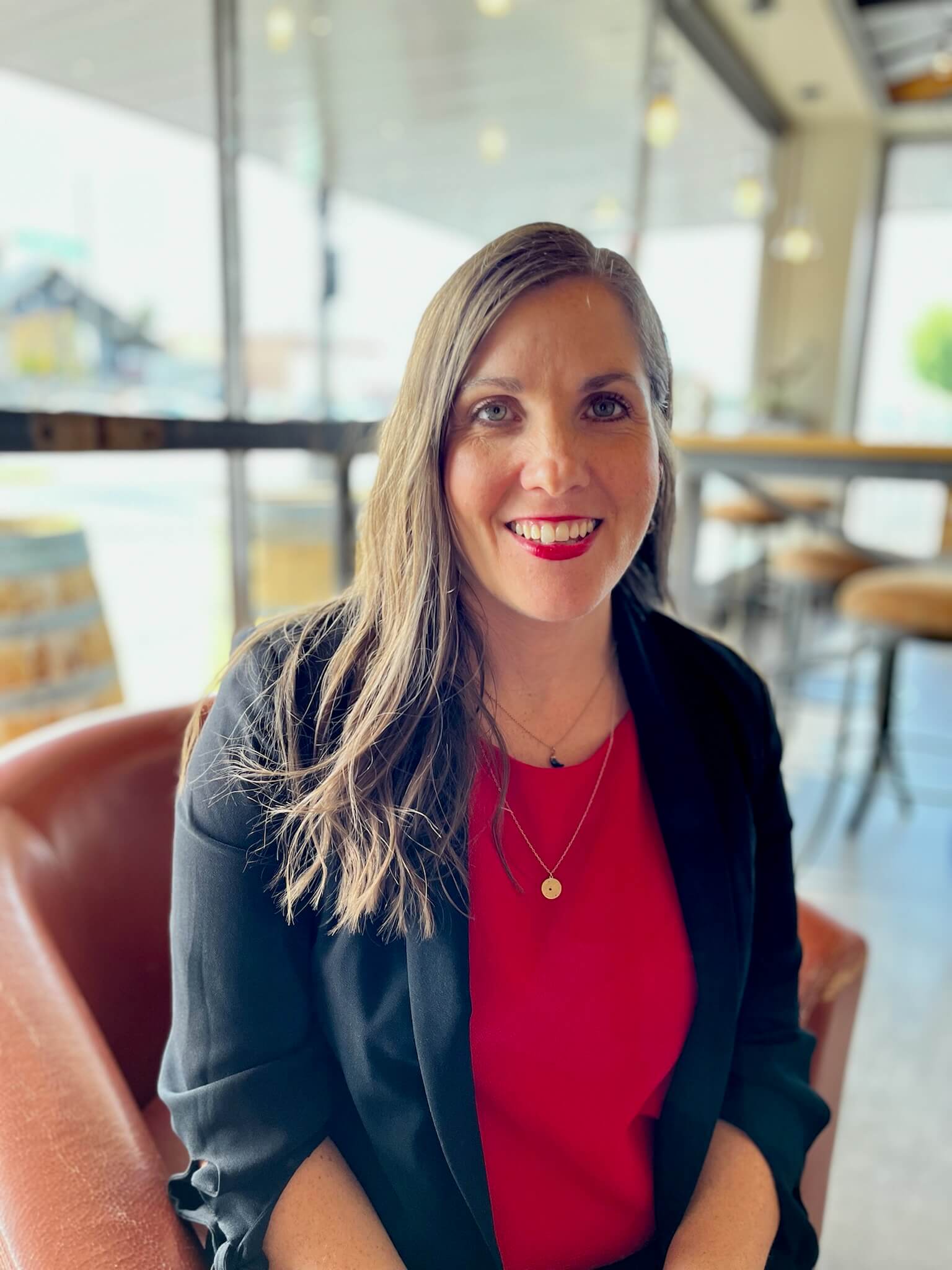 Ashley grew up in Pendleton, OR home to the Pendleton Woolen Mills and the Pendleton Round-up and Happy Canyon. Ashley received a Bachelor’s in Business Administration with a concentration in leadership, organization and management from Eastern Oregon University. She pursued postgraduate studies at Gonzaga University and launched her career in non-profit public relations in Spokane, WA. Ashley moved to Wenatchee in 2014 where she quickly became involved in the community with the Women’s Service League of North Central Washington. You may know Ashley from her work at the Wenatchee Valley Museum & Cultural Center where she spent five years sharing her passion for Wenatchee Valley’s people, history and culture through community partnerships, cultural celebrations and social justice initiatives. She stays busy raising two active boys and in her free time, Ashley enjoys the outdoors through running, hiking and painting. Her artwork has appeared in shows in Wenatchee and Leavenworth.

Favorite Quote: “The pessimist sees only obstacles. The optimist sees only opportunities. But the realist sees the possibilities between the two. And that’s what we must be. We must be people of the possible.” – Richard Stearns 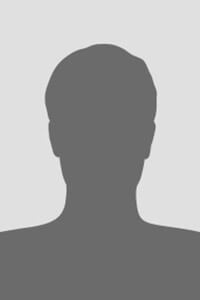 Hailey was born in Wenatchee and raised in East Wenatchee. After graduating in 2010 she interned with the Wenatchee Downtown Association. “I truly loved walking downtown and visiting all the shops, but it wasn’t until I worked with the WDA that I learned what it meant to support our community and the families involved. The support for our local business is truly impressive and it shows with how successful and beautiful our historic downtown has remained through time. I am thankful to be part of such a strong community.” She has worked in hospitality, customer service and in support roles for most of her career and she prides herself on seeing things through, going above and beyond and most of all, doing good work. She is happiest when she gets to spend time with her family which includes her boyfriend and their daughter. They enjoy spending Sundays at Pybus, walking the loop trail or traveling to favorite locations around Washington.

Favorite Apple: Red Delicious “When I was little, my grandmother managed Taplett Fruit for years and when she came home from work, she always smelled like red delicious apples.”

Favorite Quote: “There is a heaven on earth that so few ever find, through the maps in your soul and the roads in your mind.”  - Dan Fogelberg

Clarisse has lived in the Wenatchee Valley her whole life. She loves the sunshine and one of her favorite things is fresh produce like apples, peaches, tomatoes, peppers and corn. Asking her to pick just one favorite is too difficult! You can find her nearly every Saturday in the summer at the farmers market and walking the loop trail with her husband. Flashback cinema at the theater is also one of her favorite things to do. She loves to learn about our local wineries, cideries, and breweries. Wenatchee’s growing cider scene holds a special place in her heart, she loves sipping a cider with her pizza! A self-proclaimed foodie, Clarisse knows the best places to eat in town.

Favorite Quote: “Dance to the music. Do not flop around, foam flying from your mouth. Be sturdy and full of hope.” - Lord Birthday